The triple portrait below depicts three frames of an 8mm film my father took of my brother Mike. Mike is autistic, low functioning and nonverbal. He is a mystery. I rendered each frame individually in previous posts:  Dark-Eyed Mike #1, Frame #2, Frame #3.

The three portraits are also slices of time, the first moment represented by the portrait on the far left. The image on the far right is an outburst of the feelings brewing in adjacent two portraits. 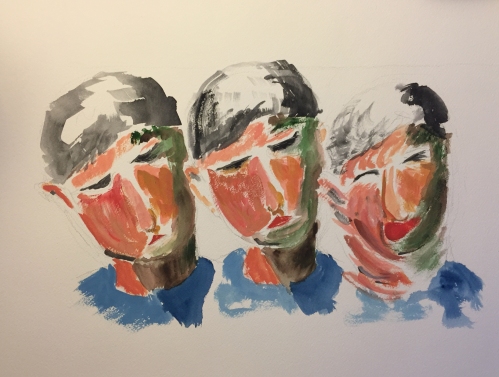 Each slice of time represented in this study is made up of a portrait that can stand on its own. The element of time allows one a glimpse into a changing state of mind in the person depicted.