Again, I did not capture my brother Mike‘s expression as captured in the reference photograph I sketched. The photo was not grainy, like the one I copied yesterday, so I could have copied his facial features precisely. I tried to, but came up with a different look. Mike appeared to be disgusted and perhaps a bit amused, and I do have a glimmer of that.  So I know what I (unconsciously) left out, but I don’t quite know what I added. 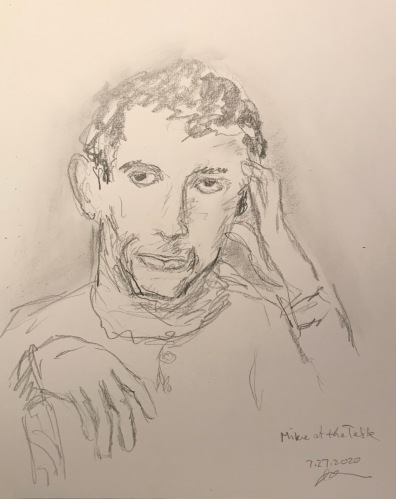