I began my blog in 2013 to share some of my experiences as a younger sibling of an autistic individual. Mike, my older brother, as many of you already know, is autistic, low functioning and nonverbal.

It took me about a year to share my feelings, ideas, inspirations and desperations growing up: 1) in a family dynamic where one child required the lion’s share of the attention; 2) unable to communicate in any meaningful way with a sibling; 3) in the 1950s and 60s where autism was virtually unknown. (See Recapitulation.)

During that first year, I reviewed what I learned about Mike when I was photographing him during his daily life.

Since that time, I switched from photography to painting and drawing to learn more about myself and Mike’s influence on me.

I am not sure where to go from here, but it is often a good idea to review one’s body of work for greater insight after the passage of time.

Although my blog is not always about autism per se, autism’s influence is never far from the surface.

The photograph below is the first visual depiction of which I am aware, of my brother Mike’s isolation.  It is a truthful photograph, not the usual fare of a family album. 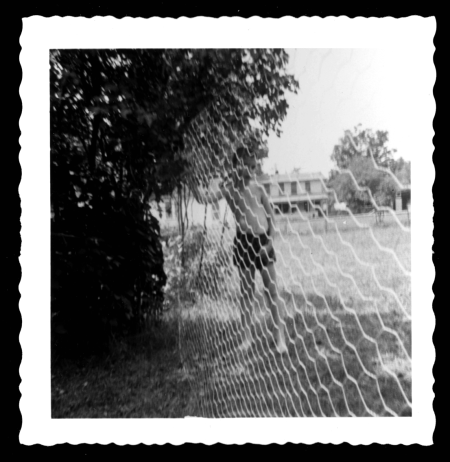 One thought on “My Connection with Autism”