It was 1949. My parents’ first child, my older brother Michael, was born.

I am my family’s archivist, so I still have the baby album my parents started. 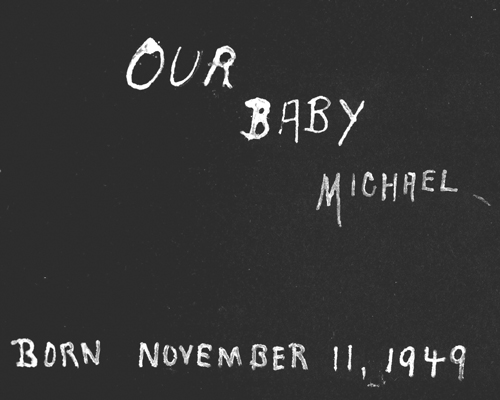 It begins hopefully enough. Black and white pictures, probably taken with Dad’s Hawkeye camera. After half a dozen pages of Mike in his crib and in his baby carriage, the album fades to black. Literally. The rest of the album is nothing but blank, black pages. 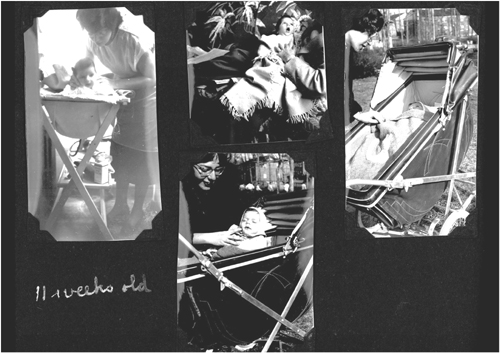 Michael was diagnosed with infantile autism when he was three years old (1952). However, Dad told me that he and Mom knew there was something wrong from the beginning.

Leo Kanner first introduced the term ‘infantile autism’ into the medical literature in 1943. [1] The first edition of the Diagnostic and Statistical Manual of Mental Disorders (DSM-I) was published in 1952, where infantile autism was included in the category of schizophrenia.

Harry S. Truman was President of the United States. Antonio Egas Moniz received the Nobel Prize, [2] “for his discovery of the therapeutic value of leucotomy in certain psychoses.” [3] Psychosurgery, as begun by Dr. Moniz, was coming into its heyday, with more than 5,000 lobotomies (a form of leucotomy) performed in that year. [4] By today’s standards, lobotomies are considered unnecessary and brutal (as developed by Dr. Walter Freeman, who performed lobotomies in his office, with an ice pick). [5] Development of the first psychiatric drugs was a year away. [6]

There was so much more going on at that time: social attitudes toward institutionalization; acknowledgement of the very existence of severely mentally ill who did not respond to the limited treatments available at the time; political attitudes toward mental health.

I hope to do justice to these topics in future posts.

[2] The same year he was shot by a patient

2 thoughts on “Such Promise”