This began as a tone study in blue. I used several different blue tones. I gradually mixed in black to get the darker tones. However I used Peach Black (Holbein) and, looking at the study from a distance, the matt finish appeared as a black stain.

I tried mixing in more blue but ultimately I scraped off some of the pigment, and some of the paper in the process. I painted over this damaged area with yellow gouache.

The bits of orange and red surrounding the blue, blue/black brush strokes added contrast to this composition. 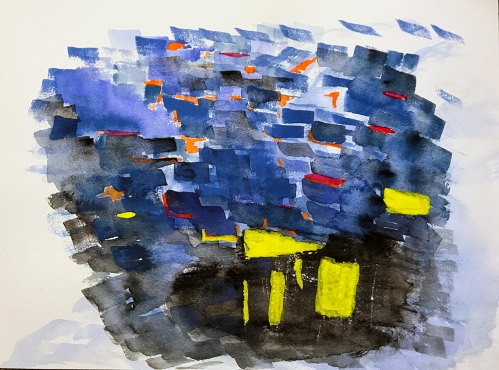 7 thoughts on “Yellow on Black”