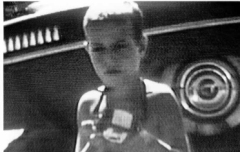 My first inkling that photographs do not tell the truth came from a conversation with Mom. “Michael never really was like that,” she used to say about some of the old snapshots we would look at now and then. It wasn’t too often, because it was painful for her to remember. There was something almost tangible in those pictures. It was odd for me to look at the little boy who seemed to be on the verge of being my big brother. 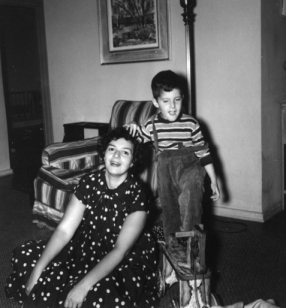 The camera lied by teasing me with a memory that never really existed. I resolved this discontinuity in my inner Newtonian world by realizing that Mike was not in the world, as I know it. It always surprised me when he would have a physical reflex, like a kick in response to a thump on his knee. Some laws did apply to him, it seemed; an apple hitting his head would hurt him just as much as it would anyone else.

If there were other signs that Mike reacted to my world, they were imperceptible to my naked eye. I used my camera to try getting to know Mike. I’d venture into his sticky, gooey world briefly, look for appropriate moments and click the shutter. Then it was back to the darkroom to see what I captured.

I took a pivotal photograph on Mike’s 40th birthday. There didn’t seem to be anything special about it at the time. My family went to visit at the Developmental Center where he lived after Willowbrook was closed. As I recall, he was approaching me while eluding a staff person who was after him, probably with a washcloth. Birthdays were particularly gooey.

Mike’s eyes seemed to work independently of each other. One of his eyes always seemed to look somewhere else. I could never tell which eye he was using.

When I developed the film there was something that caused me to examine one frame very closely.In the darkroom, the projection of the negative by the enlarger, showed a tiny circle perfectly centered and trained directly on me. After printing the picture, and covering up the half of his face with the distracting eye, I saw that he was looking right at me. The picture said he was looking me in the eye.

Photographs can be made to tell a truth

I took Mike’s portrait and cut it in half. It looked like he was hiding, or just emerging from behind a curtain. His look could have been one of brotherly condescension or just a greeting. When I held this image to a mirror, he was whole and I was stunned. Here, I had constructed the big brother I never had. It was appropriate that half his image only existed in the untouchable left-handed world behind the mirror. Image and virtual image merged in my brain to give evidence of my fantasy. 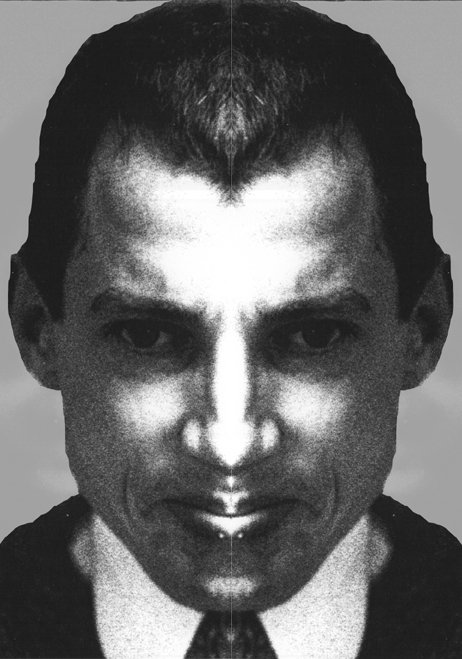 5 thoughts on “Photography and Truth”